Official Russian news agencies RT, RIA Novosti and Kremlin faithful media such as EurAsia Daily, Life, Voyennoye Obosrenie and others announced this week that the United States sold Ukraine defective Javelin anti-tank missiles. As proof of the alleged defects, these media offer a letter from the Ukrainian defense design company Luch to the National Security and Defense Council Secretary Oleksander Turchynov, who as the letter implies, asked the company to review the reliability of the Javelins after they allegedly failed to fire during a training demonstration on May 22. 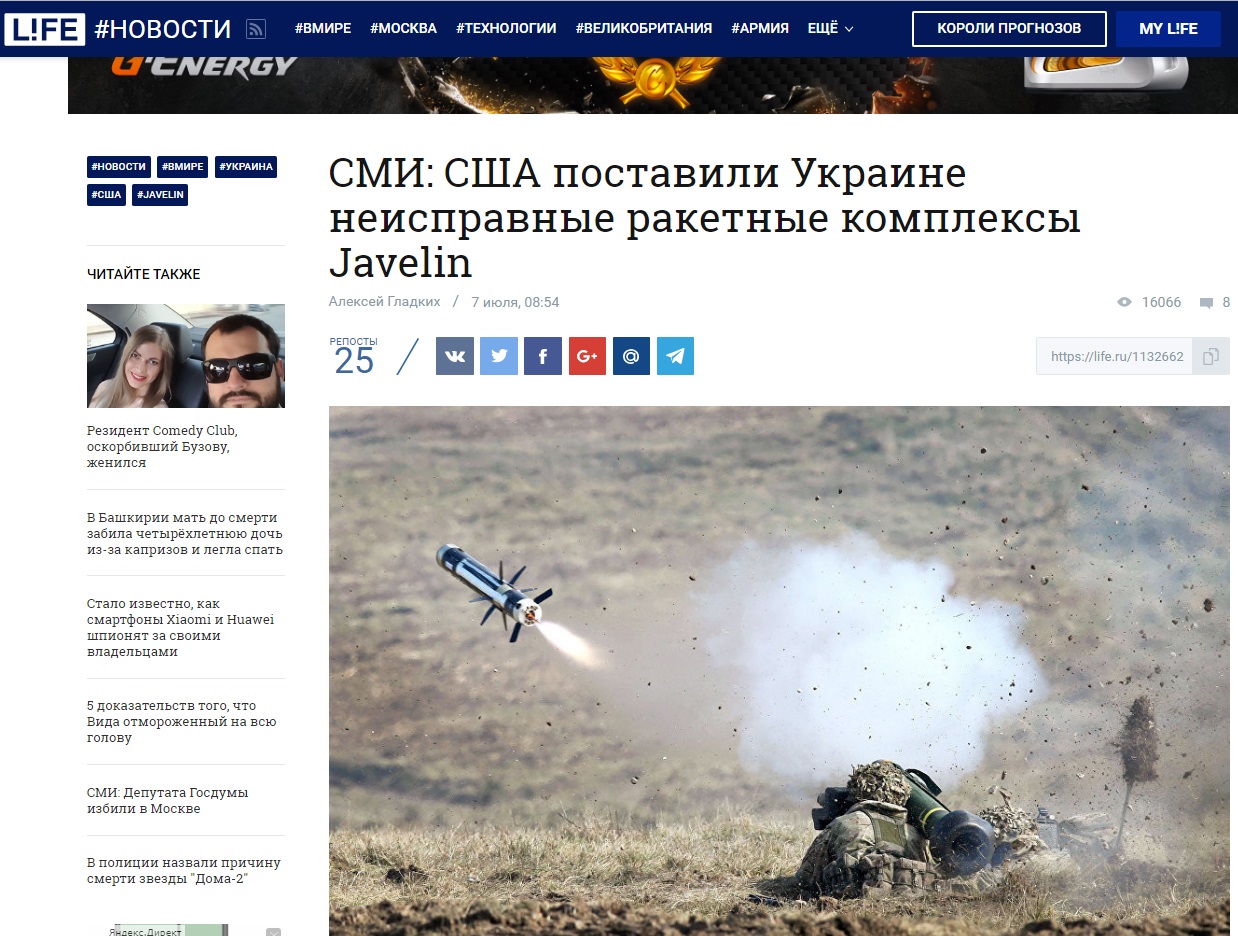 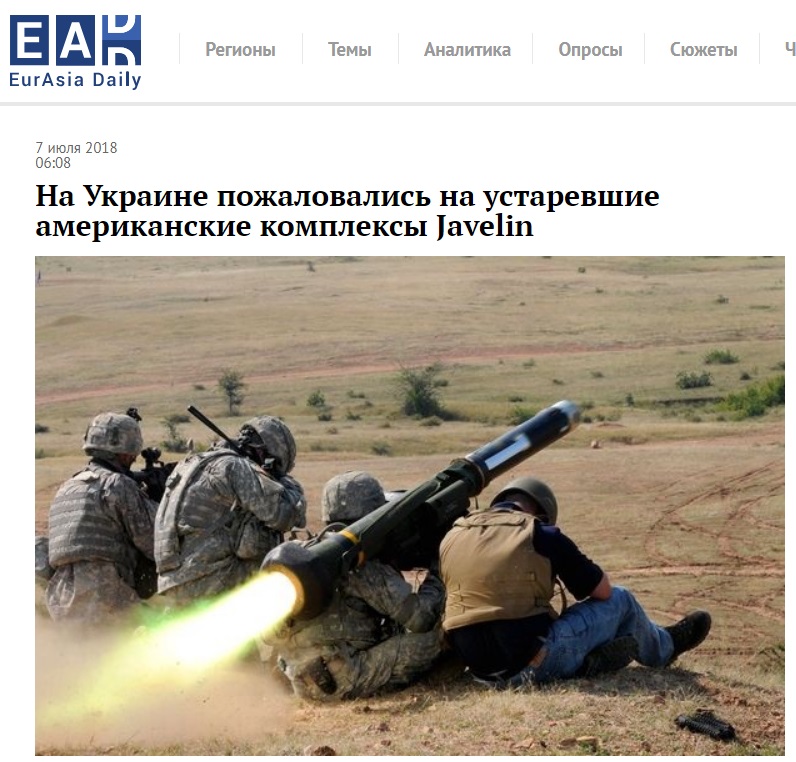 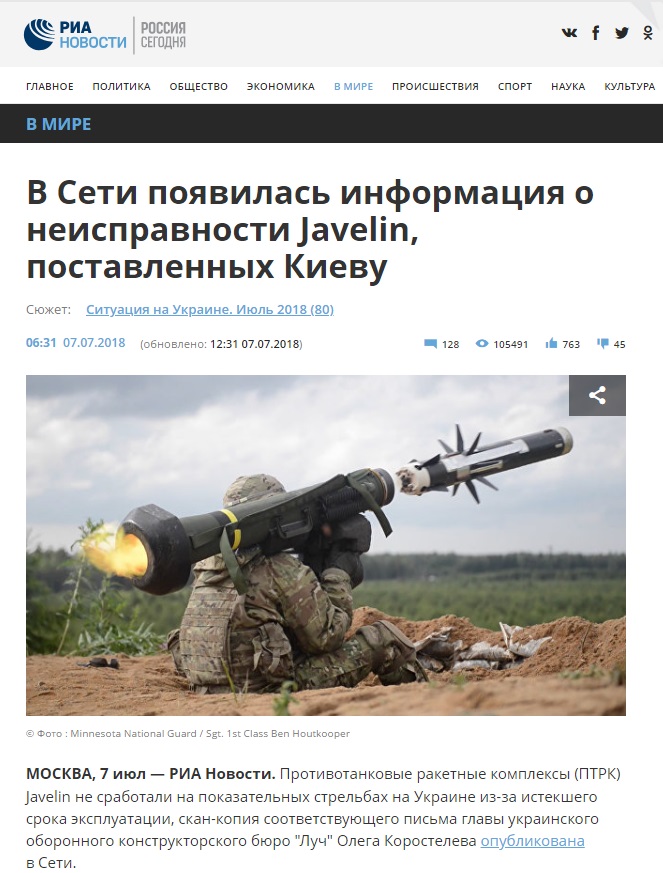 The letter states that the reason for the malfunction was a “defect of the missile’s propulsion engine, its factory shelf life had expired, but was specially extended before being sent to Ukraine”. The letter goes on to claim that army personnel risk dying when firing the Javelins and lists other alleged defects that the missile supposedly has. 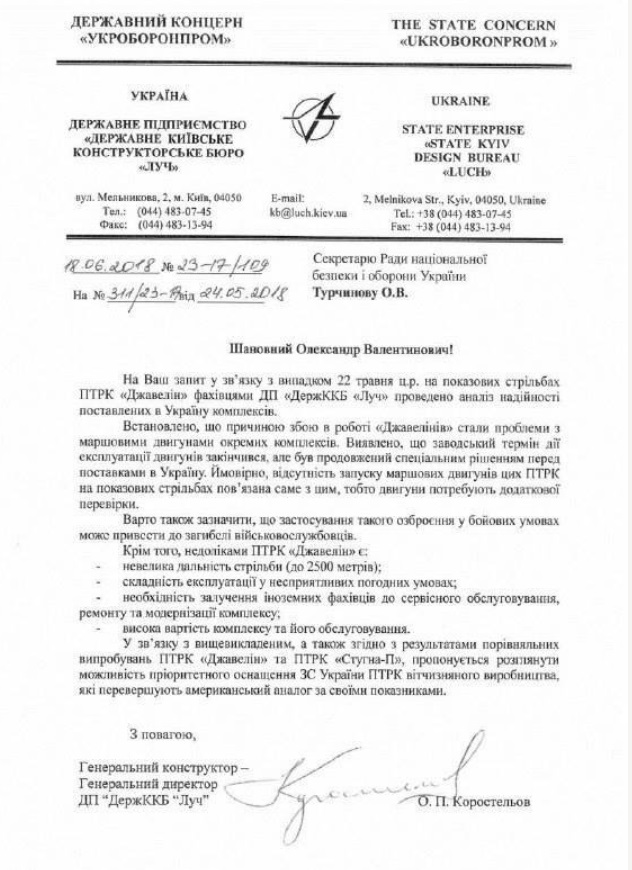 Ukraine’s National Security and Defense Council called the Luch letter a fake. The Council never asked Luch to assess the Javelins and never received any letter from them about the missiles. In a statement the council said the goal of this fake letter is to undermine the military and technical cooperation between Ukraine and the US on the eve of the meeting between US President Donald Trump and Russian President Vladimir Putin on July 16.

This is not the first time that Russian media have resorted to fakes about the Javelin missiles. After the anti-tank weapons were delivered to Ukraine in April, Russian media claimed that Kyiv was not allowed to use the missiles in the war in eastern Ukraine.